THE MAIDS OF ALL WORK

Following the hasty abandonment of the 1955 pilot scheme, in which large orders were placed predominantly for Type 2 diesel locomotives of between 1,000 and 1,365 engine horsepower, BR recognized the need for a more powerful Type 3 of around 1,750hp, which saw the beginning of the diesel-hydraulic 'Hymek' era on the Western Region and the more successful EE Co machines. After operating experience, the response by the operating department to the Type 3's Co-Co wheelbase, was unanimously favourable, particularly as the versatile locos had sufficient power to take on many duties performed by the cumbersome Type 4  1Co-Co1s in the 2,000hp power range. The Type 3 certainly knocked spots off the Type 2s in both power and its versatility. This view (below) of the Vulcan Foundry on August 2nd 1961, shows the first batch of Type 3 Co-Cos (numbered D6700-D6741 in the series) in various stages of construction.

The English Electric Co's desire to standardize wherever possible meant that many components of the Type 3 superstructure and various other fitments were in common with the Type 4, and externally the D6700s differed very little from their earlier D200 cousins. Powered by the EE Co's 12-cylinder 12CSVT engine, the new Type 3 was essentially a scaled-down version (using a shortened bodyshell) of the D200s introduced on the Eastern Region in 1957. Since the ER was familiar with the EE Co's pedigree, the operating department was quick to employ the new mixed-traffic Type 3s on the Liverpool St-Cambridge-Kings Lynn passenger services.

(Above-Below) During the early 1960s, railwayman Fred Wagstaff swotted up on the rules and regulations, learned everything he could about steam action and valve gear in anticipation of passing the Drivers exam, and becoming a Passed Fireman, therefore passed to drive steam. But it was all for nothing, because the DIESELS were coming, and all the steam sheds were going to close, including North Blyth in 1967. As a result, everybody at 52F moved to Cambois Depot about a mile and a half up the road. Click on Ernies Railway Archive photo of Class 37s at Cambois Depot to visit Fred's 'BR Diesel Footplate Memories' featuring many anecdotes on the Class 37s. (Below) A product of the first batch of Type 3s Nos D6700-D6768 - built at the EE Co's Vulcan Foundary - No D6746 pulls out of Doncaster station with a local train for Sheffield in March 1967s. 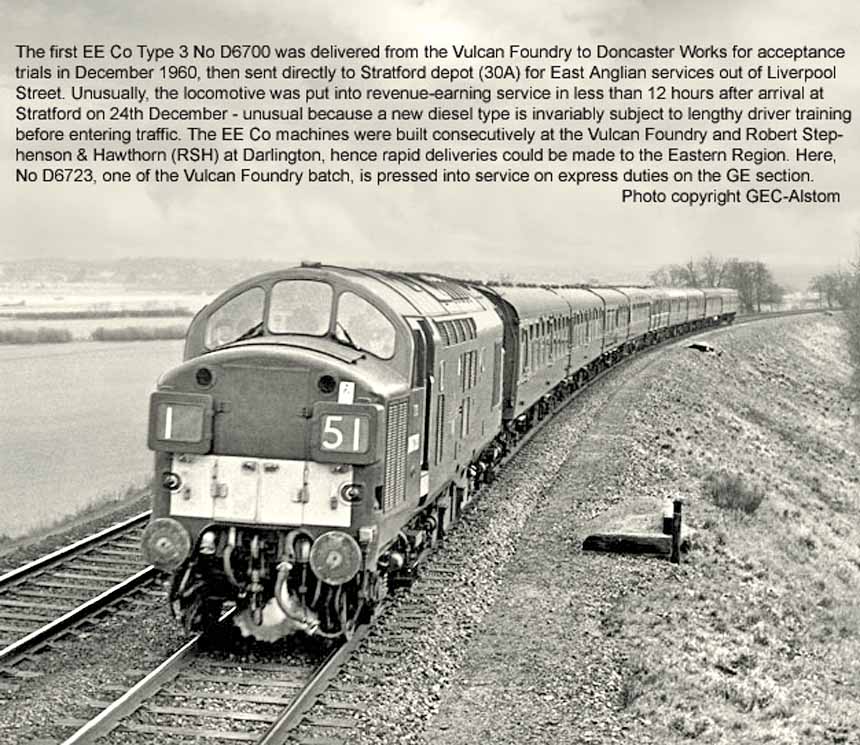 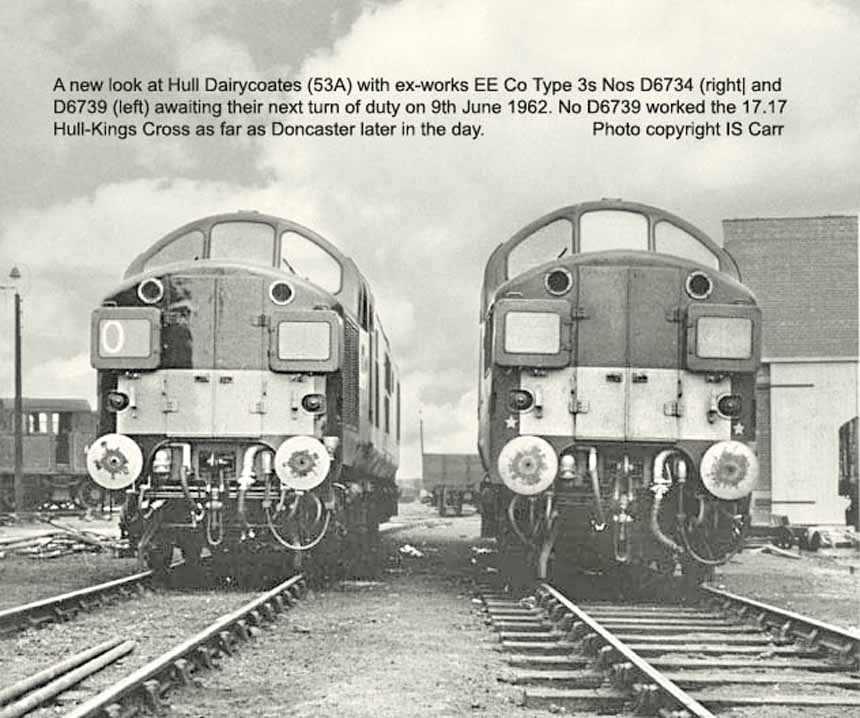 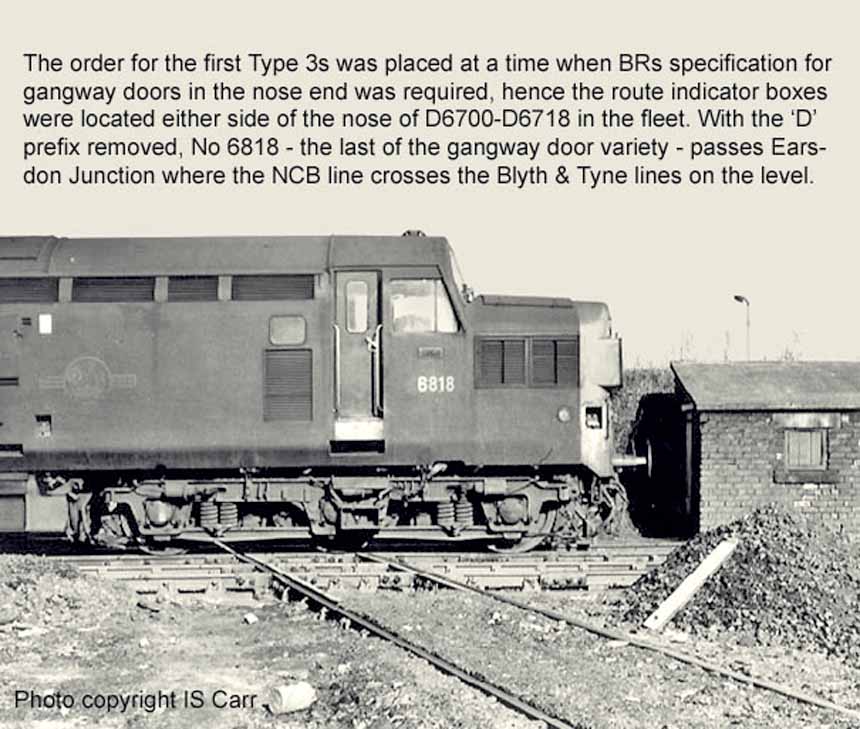 (Above-Below) After the flexible gangway connecting doors were abandoned from D6819 onwards, the nose end was completely revised with a new four panel route indicator panel centrally placed, and the air horns were relocated in the cab roof. In this pleasing shot, the EE Co's official photographer has opted for a somewhat unusual viewpoint of the assembly line at the company's Vulcan Works at Newton-le-Willows; it shows a batch of the final machines in various stages of construction in April 1964.(Below) At the end of its working life, the English Electric Co's 3,300hp prototype 'Deltic' was renovated at the EE Co Vulcan Foundry in readiness for presentation to the Science Museum in Kensington. The locomotive left the foundry on April 23rd 1963 towed by an immaculate EE Co Type 3 No D6822 (later TOPS class 37 No 37122) as far as Neasdon, where the Deltic's bogies were removed and transported separately by road to South Kensington. The prototype was officially handed over at a ceremony performed by Lord Nelson of Stafford on 17th May 1963. Both photos copyright GEC-Alstom

(Below) Another refreshingly different shot by the company's photographer shows No D6821 passing light engine through a rather empty-looking York station in June 1964. The magnificent architecture of York station is best viewed from platform level. Photo GEC-Alstom. 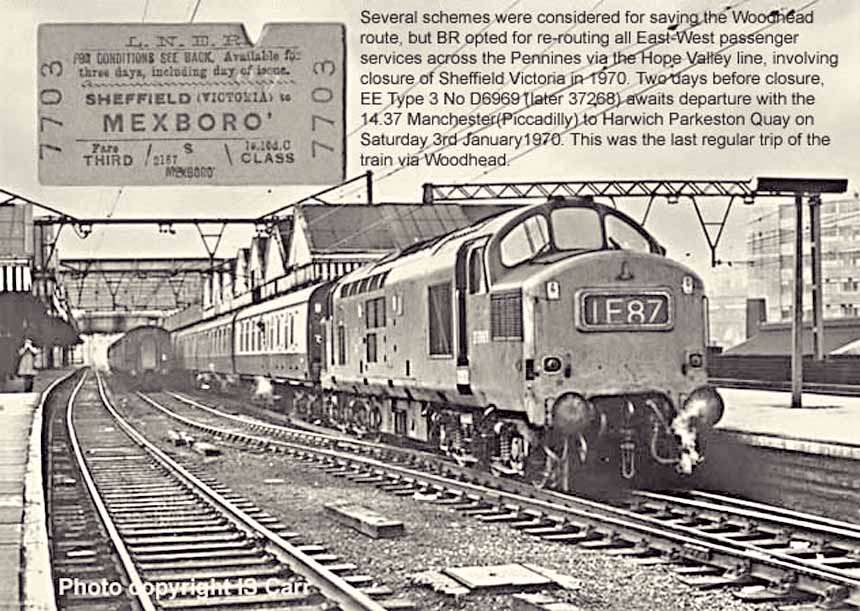 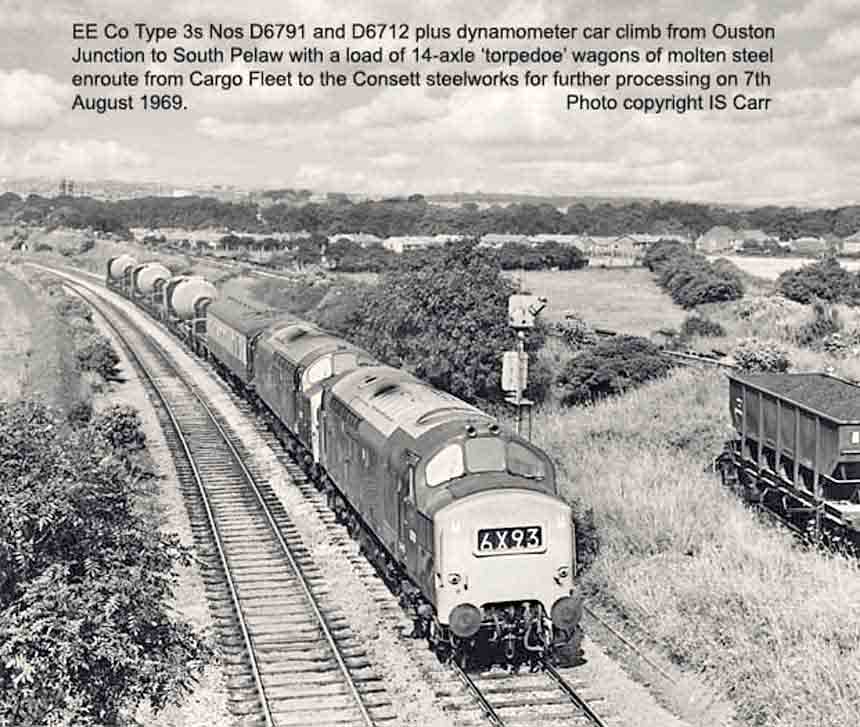 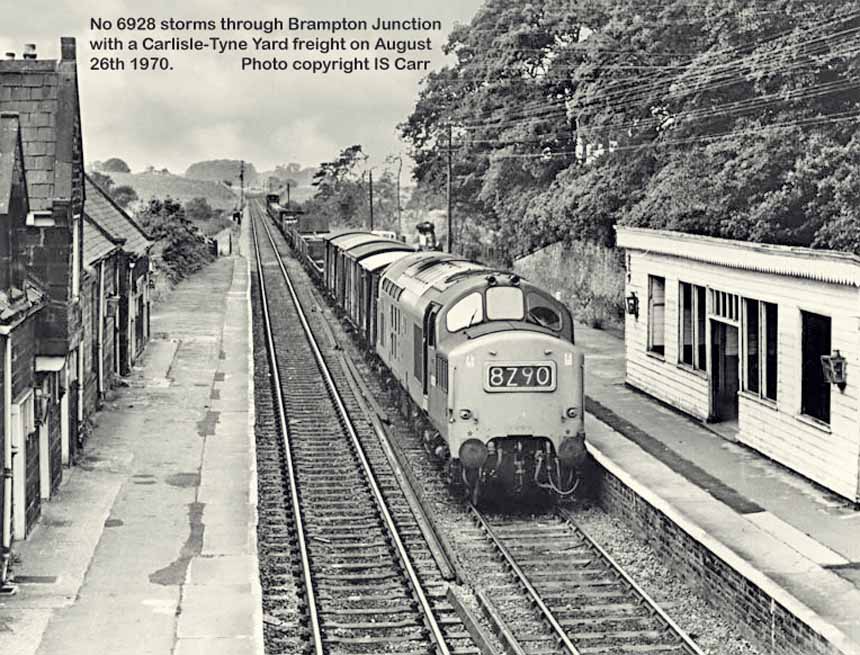 (Above) Thousands of enthusiasts visit the Internet every day, either to research a subject or to bring with them their own diverse interests and expertise; indeed the subject of trains and railways is extremely complex and so it is essential to get the facts right. Among the most prolific contributors to spot inaccuracies on this site is ex-BR Fleet Engineer, Vic Smith, who writes - 'The wagons have a small flat end panel and 'Railfreight' on side, so not MGR, probably domestic coal in HEA/HBAs...' 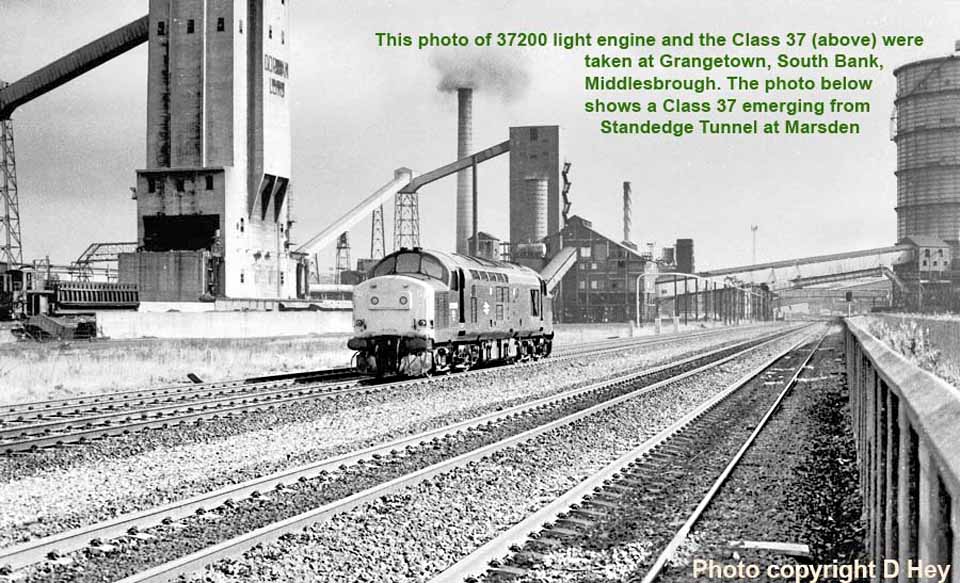 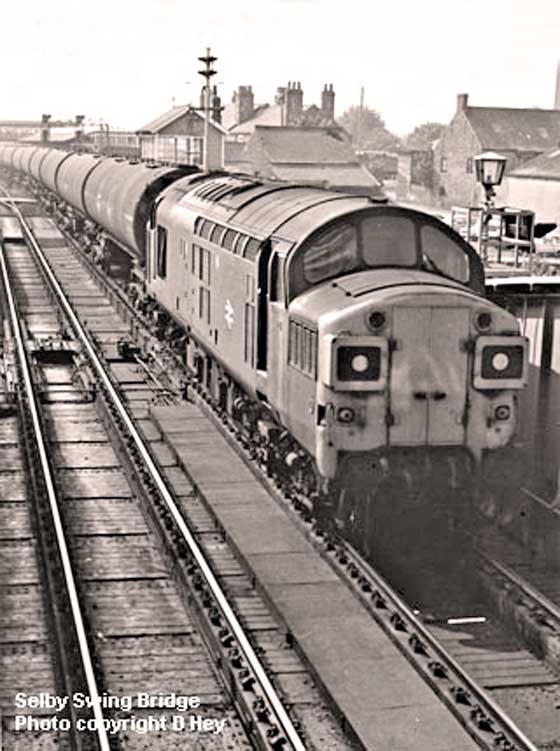 Polite notice: All text and photographs are protected by copyright and reproduction is prohibited without the prior consent of the © owners. If you wish to discuss using the contents of this page the email address is below. Please note - this is not a 'clickable mail-to link via Outlook Express:
dheycollection@ntlworld.com